This is the story of TFW Athens member Whitney DeWitte finding her place to thrive. 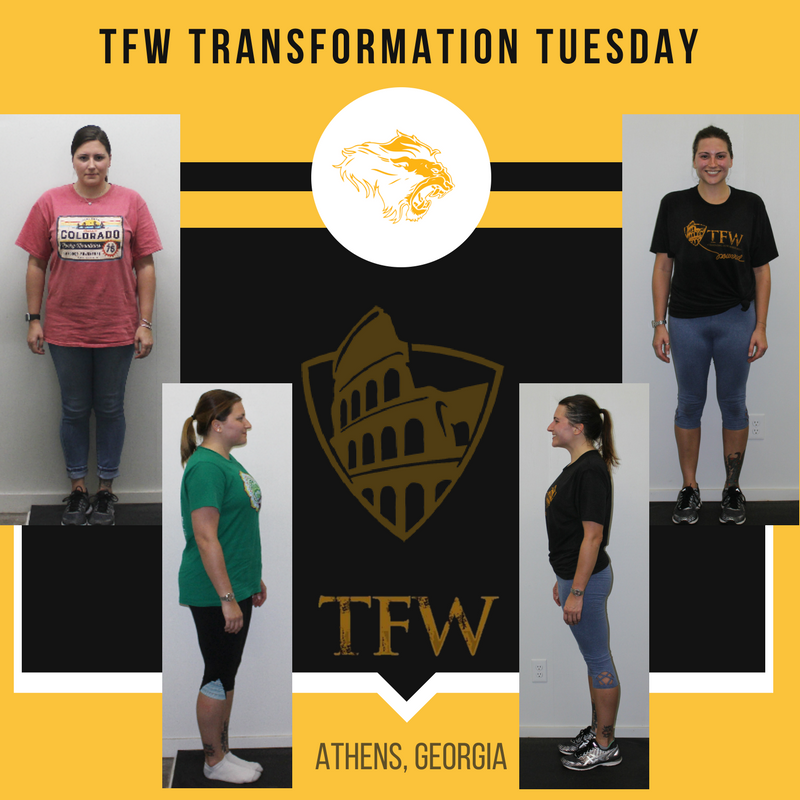 Before joining TFW, Whitney was self destructive and full of anger.

SBG not only offers immersive martial arts programs, but also a comprehensive fitness program dubbed “Training For Warriors” (TFW). As a member of TFW, Whitney has lost weight, gained confidence in herself, and learned to hold herself accountable for her happiness and health. She has reached, in short, many of her fitness goals, set new ones, and broken those. Her story, however, runs much deeper.

Whitney joined during a dark period in her life. Having lost a child, she “needed an outlet for [her] anger,” saying that self-destruction had become her “worst enemy.” Whitney sought to cope with her demons to set a better example for her other children. From what she knew about the program, she understood that it would hold her accountable and help build her own command of life’s chaos. Exhibiting strength rare in most people, she sought to find something positive in an unimaginable situation. She joined TFW not only to lose weight but to take back her life.

TFW has provided her an extended family. One of Whitney’s primary coaches—also named Whitney—has been “the greatest thing that ever happened to me since starting this process,” in Whitney’s words. “She not only became my teacher but my friend. She is the reason that I work hard and push myself. She makes me want to be a better person.” Through these bonds, Whitney—and all of us at SBG / TFW—take a step closer to becoming a better person every day.

Here are a few pieces of advice that Whitney wanted to share directly:

Do you struggle with some of the same things with which Whintey struggled? You CAN make that change and TRANSFORM your life also!

Do you want to learn how to drop 10-15 pounds?
Need help with your nutrition?
Looking to start a fitness program?
We have just the thing for you. Click the button below and learn more about our 28 Day Transformation Challenge today!

CLICK HERE TO LEARN MORE ABOUT THE 28 DAY TRANSFORMATION CHALLENGE